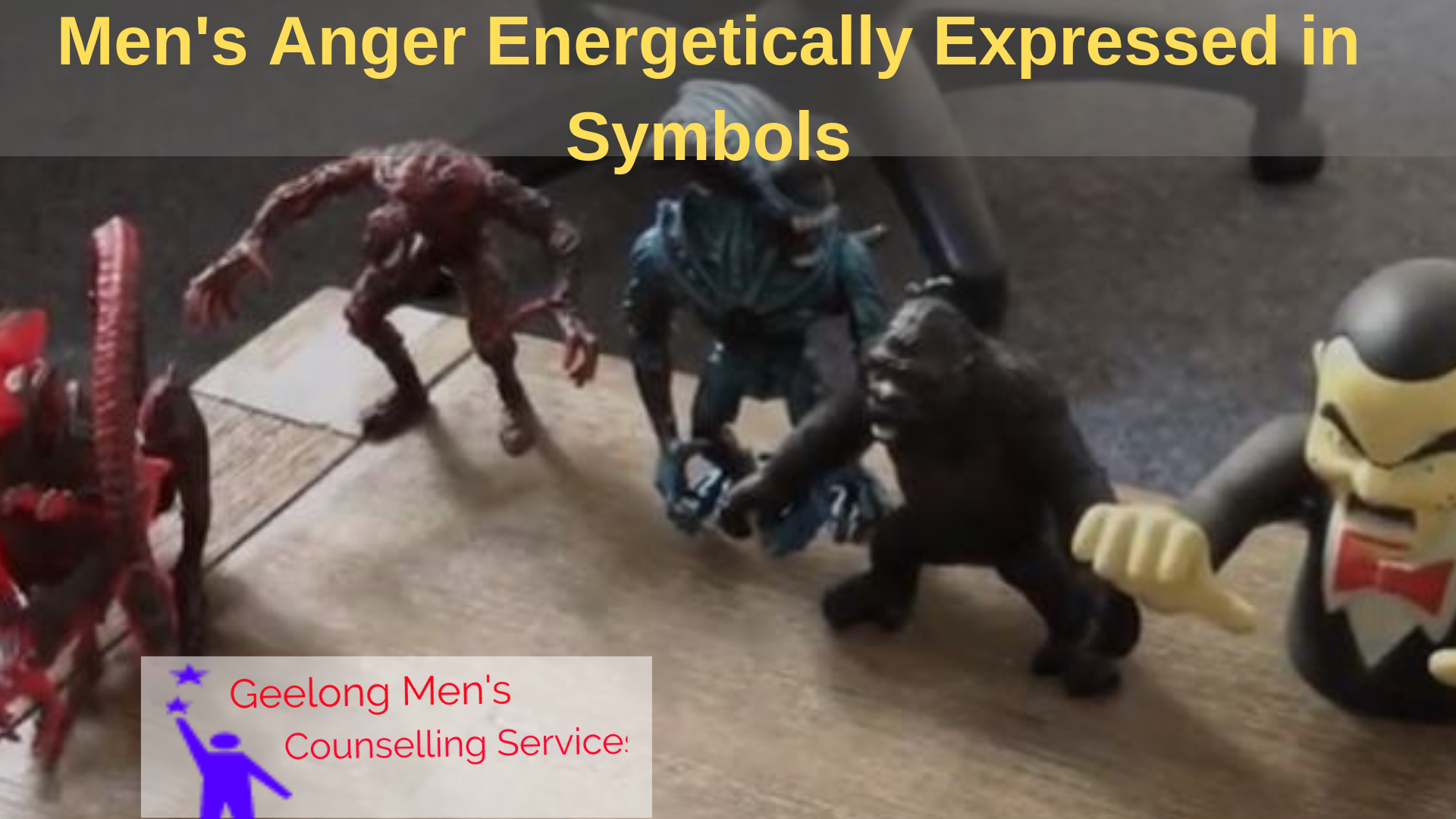 Men’s anger has been a subject of significant discussion for numerous years requesting that we change our behavior.   Anger is a ‘normal emotion, violence is a behavior.’  Anger is very much a normal emotion however when it kicks in, we don’t step back it can easily manifest into a rage.  Engaged is the fuel of our violent behavior.  When are angry our reptilian brain switches on and our rational/logical mind is off-line!!

Through many years of therapy addressing my “own” anger I have developed insight and awareness of the emotional states underneath my anger – namely helplessness, powerlessness, hopelessness, and shame.  These are deeply painful emotions and I have now learned to recognize and feel them.  In this reflective space, I can now nurture the deep painful hurts that have been held in my subconscious since childhood and adolescence.

This hurt is mine and it is going to be triggered.  My emotion of anger assists me to identify what I am really experiencing deeper down in my psyche.  Being able to acknowledge this I can now ‘respond’ instead of ‘react’ to these deeper feelings.

This deeper hurts can be my ‘authentic needs’ to be loved and by responding to them rather than reacting the other person’s defensive shield (usually their anger) is softened and they may hear my need differently.

In my therapy with work with men in anger management men would seriously argue that they are not angry, they are just frustrated.  This is just minimizing the intensity of our anger.  I feel that we too are shamed by our anger that can be converted into rage!!   Even frustration is the energy of anger perhaps at a level of 3 or 4 on the anger scale out of 10.

To assist men to become more aware of their energy of anger and rage I have been using a therapy technique known as Symbols and Sandplay therapy using figurines and sand in a box.

This process enables men to externalize the energy of anger.  To visual the levels of energy has within our bodies is a powerful way to identify this “feeling” inside our bodies.  Learning identifies this assist us in changing the habitual anger neural pathway we have developed early in our lives.

Whilst we are young we were emotional.  As we grow is it okay to show anxiety on a football field or the schoolyard?  No way we’d been targeted and so we learn to armor up and convert this anxiety into anger.

As men, I believe we have experienced an upbringing from toxic masculinity which is like a poisoned chalice handed down the generations, from fore-father to father to us.   It is now time for us to raise our consciousness and stop our violence to women and children.  It is also time that we stop using violence against our brothers!!

Geelong Men’s Counselling Service has established a Facebook Group called The Heart of Blokes Advice to work at respectfully and supportively raise our consciousness to make the changes in the true essence of our masculine spirit.

This Utube video is a representation of the energy of anger and rage within our psyche.

These are the various symbols that I use to describe man’s anger, rage, and resentments.  It also represents the external anger being internalized at ourselves.  This internalized anger and underlying shame can absolutely destroy our self-worth.  It may then facilitate a deep level of depression and self-hatred within our psyche.

Our anger can move through to the various levels very quickly like it is habitual – on auto-pilot, and men have experienced anger management problems.  Notice when you are driving a car and how quickly our anger can come out without thinking about it.  On the road we have our world order and when another driver’s world order impacts on ours notice the energy of anger build up inside yourself.

This anger management problem surfaces around about the second symbol on the right that he’s bit two-faced.  If you turn his face one side it looks normal and on the other side of the face you can clearly see his aggressive and to the left, it’s effectively rage stage.

A lot of the times I also put the devil out which is upon the symbol shelf, which is quite demonic and full of rage.  That’s a really extreme form of rage.  Anger has been converted to rage at this level.  At this point, our behavior can become extremely aggressive and there is little rational control over the rage energy behavior.  Unfortunately, some men can experience being rageaholics and show very little remorse at this level.

This rage can be a double edge sword so to speak.  Sadly, we men have historically expressed our anger and rage externally and in the process hurt the person on the receiving end.  I suspect we have all been subjected to the historical toxic masculinity which has been a significant part of societies social conditioning for eons.

After such expression, there is generally deep remorse and it is very concerning when men don’t express remorse but instead rationalize and justify their use of anger and rage (e.g., “she/he caused it,” “they press my buttons”).

The other side of this sword is if men are remorseful for their expression of anger and rage there is the internalized shame process.  Here the level of external anger that they’re expressed is also internalized back at themselves as well.  It the harsh berating of themselves, beating up on themselves severely.

And a lot of times this can lead to depression which is represented by the depressive symbols.

There’s are two forms of that symbol.  There’s another one here, which is a milder version.  So I get men to choose which of those two seems to represent their depression.  Feeling like “shit and shame” is another effect of internalized anger and rage.  This can manifest into self-hatred.

The third symbol representing depression or flatness – yeah, we men don’t like this side of themselves and that’s retreating back to the cave so to speak.

I generally use these little figurines here to help represent the vulnerability but then we’ve got the berating internal anger (inner critic) shouting at us, “these weak arseholes [e.g, our vulnerability]. The anger is really fucking caning the living fucking shit out of them.” “How dare you, you weak fucking little pussy.”

That’s called the ‘beat up’ self and it’s really quite horrible. That’s where men are constantly berating and they don’t need criticism they kicking in the “living shit out of themselves as they’re doing it.”

Our anger and rage do need to change from our habitual use of it.  Learning to accept anger is an emotion and it is giving us information about deeper emotions underneath it.

Learning to recognize it at the very early stages before it becomes verbally expressed is essential because then we can stop and pause and take an appropriate “time-out” whilst the rational mind is still online.

“Unconditional love really exists in each of us. It is part of our deep inner being. It is not so much an active emotion as a state of being. It’s not ‘I love you’ for this or that reason, not ‘I love you if you love me.’ It’s love for no reason, love without an object.” ~ Ram Dass